The skeletons that (maybe) will change your views on love forever.
+ Love has no labels lyrics

The skeletons show that Love knows no difference in skin color, age, sex or religion.

For love and infatuation shows that first of all we are humans and not the stamp society or anyone else puts on us. It is the essencen in the new campaign "Love Has No Labels" from Ad Counsil, where a number of skeletons behind a x-ray screen, kissing and hugging in front of a large audience.

For love and infatuation shows that first of all we are humans and not the stamp society or anyone else puts on us. It is the essencen in the new campaign "Love Has No Labels" from Ad Counsil, where a number of skeletons kissing in front of a large audience.

While the vast majority of Americans consider themselves unprejudiced, many of us unintentionally make snap judgments about people based on what we see—whether it’s race, age, gender, religion, sexuality, or disability. This may be a significant reason many people in the U.S. report they feel discriminated against. Subconscious prejudice—called “implicit bias”—has profound implications for how we view and interact with others who are different from us. It can hinder a person’s ability to find a job, secure a loan, rent an apartment, or get a fair trial, perpetuating disparities in American society. The Love Has No Labels campaign challenges us to open our eyes to our bias and prejudice and work to stop it in ourselves, our friends, our families, and our colleagues. Rethink your bias at lovehasnolabels.com .


"Before anything else, we are all human. It's time to embrace diversity.
Let's put aside labels in the name of love"

the lyrics of the song from Love Has No Labels: Same Love

[Verse 1: Macklemore]
When I was in the 3rd grade
I thought that I was gay
Cause I could draw, my uncle was
And I kept my room straight
I told my mom, tears rushing down my face
She's like, "Ben you've loved girls since before pre-K"
Trippin', yeah, I guess she had a point, didn't she
A bunch of stereotypes all in my head
I remember doing the math like
"Yeah, I'm good a little league"
A pre-conceived idea of what it all meant
For those who like the same sex had the characteristics
The right-wing conservatives think its a decision
And you can be cured with some treatment and religion
Man-made, rewiring of a pre-disposition
Playing God
Ahh nah, here we go
America the brave
Still beers, what, we don't know
And God loves all His children
And somehow forgotten
But we paraphrase a book written
3,500 hundred years ago
I don't know

[Verse 2: Macklemore]
If I was gay
I would think hip-hop hates me
Have you read the YouTube comments lately
"Man that's gay"
Gets dropped on the daily
We've become so numb to what we're sayin'
Our culture founded from oppression
Yeah, we don't have acceptance for 'em
Call each other faggots
Behind the keys of a message board
A word routed in hate
Yet our genre still ignores it
Gay is anonymous with the lesser
It's the same hate that's caused wars from religion
Gender and skin color
Collection of your pigment
The same fight that lead people to walk-outs and sit-ins
Human rights for everybody
There is no difference
Live on! And be yourself!
When I was in church
They taught me something else
If you preach hate at the service
Those words aren't anointed
And that Holy Water
That you soak in
Is then poisoned
When everyone else
Is more comfortable
Remaining voiceless
Rather than fighting for humans
That have had their rights stolen
I might not be the same
But that's not important
No freedom 'til we're equal
Damn right I support it
[Trumpet]
I don't know

[Verse 3: Macklemore]
We press play
Don't press pause
Progress, march on!
With a veil over our eyes
We turn our back on the cause
'Till the day
That my uncles can united by law
Kids are walkin' around the hallway
Plagued by pain in their heart
A world so hateful
Someone would rather die
Than be who they are
And a certificate on paper
Isn't gonna solve it all
But it's a damn good place to start
No law's gonna change us
We have to change us
Whatever god you believe in
We come from the same one
Strip away the fear
Underneath it's all the same love
About time that we raised up

Same love song, a version with Mary Lambert alone - this is similar to the song in the video Love Has No Labels Song.

the lyrics is posted for educational purpose only and because people want to know more about this fantastic song, not trying to offend the copyrights. The official homepage of Macklemore: http://macklemore.com/ 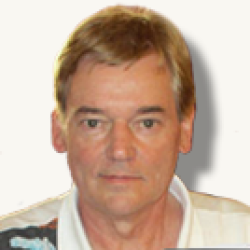